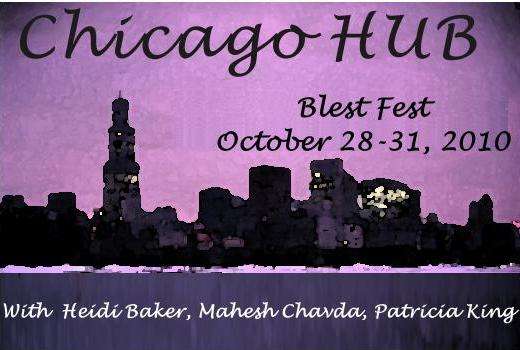 Update: The Blest Fest 2010 Conference was streamed LIVE on our Internet TV station www.KingdomFlame.com on
October 28-31 2010.

To watch a video from one of
the sessions, click HERE.

Antioch Tabernacle Ministries is proud to announce or new Internet Video Channel, KingdomFlame.com. The Inaugural kickoff for Kingdom Flame will be this weekend, as we stream the 2010 Blest Fest Conference LIVE.

Enter into a relaxed, festival type atmosphere where truth and joy blend with a revelation of the amazing grace available to us. God is calling a group of 777 to gather in Chicago to know the increase of His favor and blessing upon their lives. Come be part of this “intimate” time with some of God’s most anointed leaders.

Heidi Baker is a legend in our time. The history books have yet to be written telling all the God-stories and miracles that happen wherever she goes. Limbs grow. Blind see. Deaf hear. Autism leaves. Dead rise. Cancer dies. Aids viruses shrivel. You get the point: God likes to use her hand to do the amazing. She is feeding over 10,000 children per day. She has over 12,000 churches of new converts to Christianity. The stories go on and on, but the bottom line is that she wants to come to HUB so she can be with the 777 at Blest Fest. Be one of them!

Mahesh Chavda has seen it before. In fact, many times. Hundreds of thousands have been saved through him. Thousands have been healed, including the lame, deaf, and blind. Those with cancer or AIDS have even been healed. He has been used by God for a decade to do miracles…make that 2 decades….No, Mahesh has known well over 3 decades of experiencing the miraculous! Mahesh loves to proclaim Christ’s Kingdom with power, to equip you for ministry and to usher in revival. He moved his schedule just to be with the 777 at the HUB Blest Fest.

Patricia King is the host of Extreme Prophetic Television. With over 25 years of background as a Christian minister, she brings new meaning to the phrase “walking in the authority of Christ.” Her reputation in the Christian community is world-renowned. You will find her to be sincere, generous, honest, and quite capable to handle accurately the Word of God in truth. Patricia King is an amazing woman of God and HUB is thrilled to welcome her back as she ministers to the 777 at Blest Fest.

Worship – Steve Mitchell has an incredible passion to see the beauty and Kingdom of God revealed on earth. His ministry is characterized by the song of the Lord with a relentless pursuit to make contact with God. He views every corporate worship setting as a window of opportunity for a divine encounter. The prophetic word that Steve sings spontaneously draws you into the presence of the Lord. Many are set free and healed as the Lord ministers through his song.
Nathan Lopez from Wasilla Alaska is also returning to HUB to lead worship. (Yes he is from the church where Sarah Palin was saved and grew in the prophetic). Luke Hendrickson, one of the finest musicians and Mark Jobe, one of the world’s best drummers are also both coming in. Expect worship to be uncontainable and off the charts!

Jim Paul is officially named and recognized as a Prophet by TACF, after serving there as Pastor, Prophet and Itinerant for over 20 years. A Baptist pastor for 13 years in Canada, he now serves as senior pastor of Metro Church in Hamilton, Ontario. God has been using Jim for over 16 years at HUB, but never have we seen anything like what is happening lately, including complete healing of cancer, fibroid tumors, IBS, fibromyalgia and even MS. We can hardly keep up with the testimonies of all the miracles in his recent HUB meetings. He will be giving prophetic words and praying for the 777 at Blest Fest.

Dr. Gilbert Bilezikian, founding leader of Willow Creek Community Church, one of the largest churches in America with over 23K weekly attendees. For several years it has been ranked as the most influential church in America. Dr. Bilezikian’s influence cannot be over estimated at the massive s

eeker-sensitive church, where senior pastor, Bill Hybels says, “There would be no Willow Creek without Gilbert Bilezikian.” Affectionately known as Dr. B (as the coffee shop still bears his name), he had opportunity to mentor and envision Hybels 35 years ago while teaching and mentoring Hybels at Trinity Evangelical Divinity School. Born in Paris, he is fluent in several languages, giving him occasion to teach 7 yrs. as Minister of Education at American Church Paris and over 20 yrs. faculty staff at Wheaton College. He has authored several books including the classic Community 101 which in 2001, the French version won the comparable American Book of The Year Award. It is an honor to have Dr. B return to HUB. Not many have influenced so many and he is coming to talk to 777 at Blest Fest.

Steve Sampson is back by popular demand! He skillfully weaves humor into his “spot-on” delivery of the Word of God. A senior pastor for many years, he now itinerates and authors numerous books, including his latest Discerning & Defeating the Ahab Spirit, which is the sequel to bestseller Confronting Jezebel. A favorite of mine is Don’t Talk To Me Now Lord, I’m Trying To Pray, which the title is indicative of his powerful ministry.

Kingdom Flame and Radio Antioch Christian Media, in cooperation with Hub ministries and all the guest speakers, are donating the camera crew and the Web Streaming bandwidth to bring this conference LIVE to you, as a fundraiser to help Heidi Baker and her orphan ministry. We ask that you prayerfully consider donating 5, 10 or 20 dollars to help Heidi with her mission. Just click the donation box on the broadcast page. All donations are Tax deductible in the United States. If you REALLY can’t donate at this time, please feel free to watch. Freely we have received, Freely we give. Enjoy!

This entry was posted in News, Podcasts, Video. Bookmark the permalink.